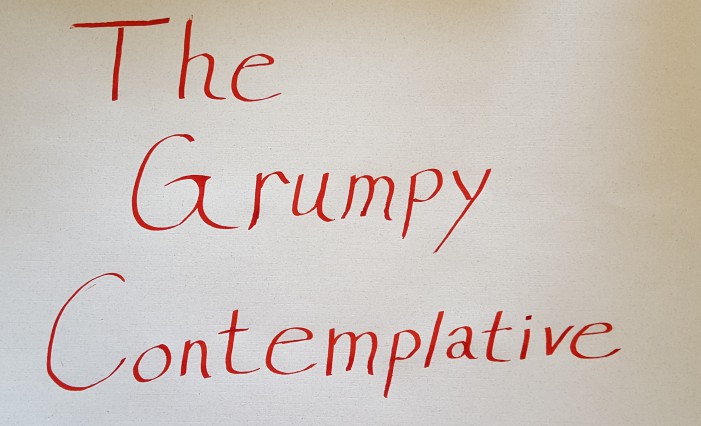 When I was a kid, I loved to get an Advent calendar, especially the kind that had pieces of chocolate hidden behind the little flaps that you opened every day. Later on, I got one that had a scripture behind each flap, which was not nearly as fun or delicious, but edifying nonetheless.

Now it seems that you can get “Advent calendars” with pretty much anything in them: wine, beer, sausage, underpants (yes, underpants!), whisky (there seems to be an alcoholic trend here), or hot sauce. OK, I have no objection to hot sauce, but who needs that many bottles of the stuff sitting around? And do you have to refrigerate all of them after you open them? Because that’s a lot of hot sauce to be having in the fridge. Someone might think you’re obsessed or something.

Another beef I have with Advent calendars now (I wonder if you can get a calendar with beef in it? That’s both yummy and disgusting at the same time!) is that many of them only last for twelve days, as in “The Twelve Days of Christmas.” While TV networks may be counting down the days to December 25th at the twelve days (or 30 or 50 days) of Christmas, that’s not what Advent is. (Insert meme of old lady saying, “That’s not how any of this works!”) The twelve days of Christmas take place between December 25th and the 6th of January. It marks the Christmas season, and leads up to the feast of the Epiphany, when the wisemen appeared to Jesus and his family and gave them very impractical gifts, symbolic as they might have been. (I mean, gold, OK, but incense for a baby? Obviously these guys were not parents.) So, if you have a calendar that has twelve of something in it (donuts maybe?), it’s not for the season leading up to Christmas, but the season of Christmas itself. Yes, it’s a season, not a day.

If you’ve read this far, you’re not bothered by my pedantic antics, so here’s some more problems I have with Advent calendars:

Advent is a season of waiting and active preparation, not just for Christmas but also for the second coming of Christ, and the coming of Christ into our hearts and homes every day. In the midst of the secular “Christmas Season,” it’s a reminder to those of us who follow the Way of Jesus that life is about more than just cleaning the house and baking fruitcakes (although those are both important as well). It’s a time to pause and breathe in the midst of the darkest days of the year, and to remind ourselves that nothing is permanent, that all things are moving toward God’s kingdom on earth, and that we and our seasonal celebrations form only a small part of that process. Advent is a way to humbly remind ourselves that even though we may all die one day (like the sun appears to “die” during the winter), there is hope in the light that breaks through the darkness, which leads to a new dawn that is just over the horizon.

So, if you’ve got an Advent calendar this year, you might want to hide it from me. I may just be tempted to open all the doors at once and take all your hot sauce. The underpants you can keep for yourself.

In Anticipation of the Coming Kingdom,